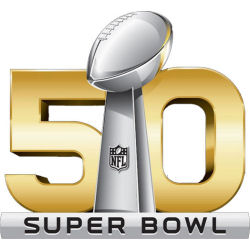 This article provides a preview with betting analysis for Super Bowl 50, which features the Denver Broncos and the Carolina Panthers.

Super Bowl 50 kicks off at 10:30 AM on Tuesday, AEDT. Rather than use the Roman Numeral “L” the NFL has temporarily done away with tradition and has named this year’s Super Bowl using the Arabic numerals “50”. The fixture will be played at the home of the San Francisco 49ers, Levi’s Stadium in Santa Clara, California.

With the aging quarterback Peyton Manning struggling with injuries this year, the Denver Broncos have been rather insipid this season offensively, especially in comparison to their Super Bowl appearance two years ago, when they powered through the regular season scoring 37.9 points on average, compared to 22.2 points this season. This may be the last time we see the 39-year old Manning, who his chasing his second Super Bowl title. There has been a lot of speculation surrounding Manning’s arm strength and fitness, however his lengthy time on the sidelines in the middle of the season has probably left him fitter and fresher than he was two years ago, when he put in a listless performance in Super Bowl XLVIII.

The reason the Broncos were the No. 1 seed in the AFC this year was their highly rated defence, which conceded the fewest yards of any team along with the fewest passing yards and the fewest rushing yards per attempt. The Broncos defence also recorded the most sacks.

Denver secured the top seed in the AFC with a 12-4 regular season record. They then defeated a wounded Pittsburgh Steelers 23-16 in the Divisional Playoffs and the New England Patriots 20-18 in the Conference Championships.

The US media talked up the chances of the Carolina Panthers early in the year, however the injury of star wide receiver Kelvin Benjamin in pre-season left pundits wondering who quarterback Cam Newton would throw to. On the first day of the regular season, the Panthers were listed at 65.00 odds to win the Super Bowl, heavily due to this uncertainty. While the Panthers finished as only the 24th ranked passing team this season, they have been incredibly strong in the running game and have been highly productive in the end zone, finishing the season with the No. 1 scoring offense in the league.

The Panthers romped to become the No. 1 seed in the NFC after a league leading 15-1 regular season record. They then defeated Seattle 31-24 in the Divisional Playoffs and Arizona 49-15 in the Conference Championships.

The key to Carolina’s success has been their league-leading offence, led by quarterback Cam Newton. Should the Panthers win Super Bowl 50, Newton would become the first quarterback ever to win a national championship (FBS) in college, the Heisman Trophy (college MVP) and a Super Bowl.

This year’s Super Bowl reminds me of the one two years ago, when the top offense in the league (Denver) took on the leagues’ top defence (Seattle). Seattle romped to 43-8 win that year to continue a long-term trend of the Super Bowl winner being the team with the best defence.

This year it’s Carolina who boast the top offence while Denver has reached this far on the back of it’s strong defence. The caveat this year, however, is that Carolina also boasts one of the best defensive units to compliment its league-leading offence.

In Denver’s favour is its experience, with 16 players in the roster who have played in a Super Bowl before, compared to 5 for Carolina. They have a well balanced defence that topped the league in fewest passing yards per game whilst also finishing 3rd in rushing yards conceded. A trump card for Denver is the fact that their defence and special teams combined for six touchdowns this season, which is the second most in the league. They also boast a vastly more experienced quarterback than their opponent.

My concern with Denver centres primarily around its offence, which hasn’t really fired this season. Peyton Manning doesn’t have the same pace on his throws that he used to, which has contributed to him throwing 17 interceptions this season in the 10 games he’s played. For this reason Denver will likely have to rely heavily on their defence to keep them in the game. On the defensive side, the Broncos were poor against QB rushing, allowing the second most QB rushes of 10 yards or more in the league. Carolina Panthers quarterback Cam Newton is the best QB rusher in the league, which could play into a Broncos’ weakness. Another concern for the Broncos defence will be their high penalty count this season, which was almost 50% higher than the league average. They can ill-afford to extend drives by the top scoring team in the league through defensive infractions.

In Carolina’s favour is their offence, which topped the league in points scored as well as ESPN’s offensive efficiency metric (see stats section below). While they didn’t dominate teams in the air, the Panthers led the league in rushing, which always takes the pressure off the quarterback and the passing game. While Cam Newton did throw ten interceptions during the regular season, only one of those occurred in the second half of the season. Also in Carolina’s favour is the fact that while their offence gets most of the attention, defensively they have been pretty sound this season, conceding the 6th fewest points per game. The Panthers defence forced a turnover in almost 20% of drives this season and while the Broncos struggled with defensive penalties this season, the Carolina defence was tied for second-fewest in the league.

My concern with Carolina lies in the fact that their defence has picked up some injuries in recent weeks. CBs Charles Tillman and Bene Benwikere are out for the season, while defensive end Jared Allen and safety Roman Harper are only listed as “probable” to play this weekend (source: Sports Inights, correct as of Thursday). Also of concern is the trend, not only in the NFL, but in other sports, for the best defensive team to come out on top in title deciders. The last time the No. 1 scoring offense played the No. 1 scoring defense in the NFL was two years ago, when the defensively strong Seahawks crushed the offensively strong Broncos. The caveat to that previous point, however, is that Carolina’s defence is much stronger than Denver’s defence of two years ago.

The following regular season figures are sourced from NFL.com. YPG = yards per game.

Denver outperformed Carolina in passing stats, but in all other metrics the Panthers dominated the Broncos offensively. Conversely, Denver was stronger than Carolina defensively in all metrics.

The following efficiency ranks are sourced from ESPN.com’s efficiency metrics.

The figures highlight how imbalanced the Broncos are, with their defence making up for their lackluster offence. Conversely, the stats illustrate how well balanced the Panthers are.

It’s interesting how much impact the Conference Championships can have on bookmaker odds. Last week, the US sportsbook 5Dimes posted look-ahead lines for all four potential Super Bowl 50 matchups. Their look-ahead lines had the Carolina Panthers as 3-point favorites against the Denver Broncos, with an over/under mark of 43.5 points. Public perception has resulted in quite different odds for this fixture, however, after the Panthers racked up 49-points against the well-respected Arizona Cardinals defence.

Based on the reaction to Carolina’s 49-15 win over Arizona, the Panthers opened as a 4-point favorites with most bookmakers. This adjustment from Carolina -3 to -4 may seem modest, but it’s a big shift given that the number 3 is a key number for NFL betting due to the fact that so many fixtures are won and lost by this margin.

Since the line opened at -4.0 for Carolina, betting has been so heavily behind the Panthers that they quickly shifted to -5.5 favourites. At the time of writing Sports Insights is reporting that 71% of all line bets are on Carolina. According to Sports Insights this is significant, because no Super Bowl team has ever received more than 68% of line bets.

Super Bowl 50 Picks from US Experts

The following is a survey of head-to-head and line picks by various NFL analysts in the United States.

When asked to pick at the +5.5 line, 4 analysts backed Carolina -5.5 and 4 backed Denver +5.5. The analyst with the best line record of the group backed Denver.

The SportsLine computer simulation software backed Denver +5.5 at the line.

ESPN’s Football Power Index, which takes into account each team’s strengths, as well as several other factors, gives the Panthers a 55.6% chance of winning compared to 44.4% for the Broncos. If we take the reciprocals of these figures this translates into fair odds of:
Denver: 2.25
Carolina: 1.80

AccuScore has run its own simulations, which give the Broncos a 51.1% chance of beating the Panthers.

At the time of writing Matchbook has the highest commission-adjusted odds of 1.48 for Carolina, while Luxbet is offering 3.05 for Denver.

My pick for the Super Bowl title is Carolina, but they’re to short for me to back them in the head-to-head market at the moment. Perhaps take them closer to kick-off if their odds drift north of 1.50.

Denver’s defence should keep this game close so if I had to make a pick in in the line market I would take Denver +5.5 at 1.96 (Luxbet). It’s worth noting that four of the last five Super Bowls have come down to the final play of the game.

If I had to make a pick in this market I would favour Carolina Panther’s quarterback Cam Newton at 9.00 (Sportsbet), who has scored 10 TDs this season. If I had to pick a Denver player I would take one or both of the running backs in Ronnie Hillman at 15.00 and CJ Anderson at 11.00.

While QBs have won the Super Bowl MVP honour in just 27 out of the previous 49 years, the QB has won this award in five of the last six years. Only once in Super Bowl history has the MVP title been awarded to a player on the losing team.

Much of the Panthers’ success this season has been due to the phenomenal performance of quarterback Cam Newton, so if they win the Super Bowl he would be my pick at 1.78 (Betfair) for the MVP award.

Given Carolina’s tendency to jump out of the gates quickly this season, particularly in the postseason, I would back Carolina in the “First Team to Score” market at 1.73 (Ladbrokes).