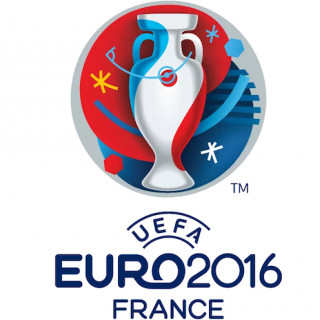 The following is a preview with betting tips for the Euro 2016 final between France and Portugal. The final will be played at 5 AM on Sunday AEST at the Stade de France in Saint-Denis. Mark Clattenburg from England will officiate the game.

Below are the tournament winner odds at the time of writing. bet365 odds are shown because they will refund your bet if your side loses on penalties. There is no bet limit that we’re aware of for this promotion.

The following Euro 2016 Semi-finals previews are in order of the tournament schedule. Odds will likely change leading up to kickoff. View the latest Euro 2016 odds.

Portugal have been the less impressive of the two finalists, having qualified for the final on the back of five consecutive full-time draws, followed by a 2-0 win over Wales in their semi-final. They qualified for the Round of 16 after finishing third behind Hungary and Iceland in Group F. In the Round of 16, after a 0-0 draw at full-time, Portugal then knocked out Croatia in extra time thanks to a 117-minute Quaresma goal. In the quarter-finals they defeated Poland in on penalties after a 1-1 draw. Portugal have conceded just one goal during the knockout stage and remain undefeated this tournament, however they have not faced a side of France’s calibre. The upshot for Portugal is they will have less pressure on them than their opponents.

France’s campaign has had its ups and downs, but they have looked good in recent fixtures. It took a few late goals to do so, but France topped Group A as was heavily expected. They then came back from conceding a 2nd-minute penalty goal against Ireland to win their Round of 16 clash 2-1. France then put in a strong performance to thrash Iceland 5-2 in their quarter-final, before beating world champions Germany 2-0 in their semi-final. France were criticised for looking fragile on defence leading into the semis, so they will be pleased to have kept a clean sheet against Germany, despite being starved of possession.

In team news, William Carvalho is expected to return to Portugal’s starting line-up after missing their semi-final through suspension. Pepe is still struggling for fitness after missing the semi-final with a thigh injury. There are no fresh injury or suspension concerns for France. Portugal will hope Cristiano Ronaldo can provide the same spark for them as he provided against Wales, while France will be hoping that the strong form of Antoine Griezmann continues.

The head-to-head stats are dominated by France. Portugal have lost their last 10 straight matches against France, a losing streak that dates back to 1978:

Portugal will be hoping to replicate Greece’s feat against them when they hosted Euro 2004. Portugal were heavily favoured to defeat Greece in the final after the the Greeks won just two of their five matches in regulation time prior to the final. Greece upset the tournament hosts 1-0, however, to bring heartbreak for the Portuguese. A similar shock result against France would go a long way towards easing the pain of 12 years ago.

It’s very difficult to not pick France to win this. A key statistic for the home side is they boast a 16-2-0 record in the last 18 major tournament games played on home soil. Since September 2015 France have gone 14-1-1 in all fixtures.

Portugal are a tough nut to crack, however, having gone 9-4-0 in their 13 competitive fixtures under coach Fernando Santos. In major tournaments, Portugal have only lost one of their last 13 games. Correct score bettors should take note that 8 of Portugal’s last 9 competitive wins have been by a single goal.

I’m going to back France to win in normal time, but to add a bit of insurance against a repeat of 2004, I’m going to add a France 0-1 Portugal correct score wager.