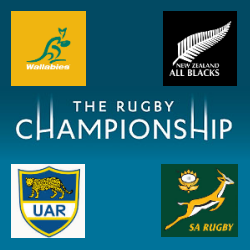 The following is a preview with betting tips for the Round 1 Rugby Championship clash between the Wallabies and All Blacks. The game will be played at ANZ Stadium in Sydney on August 20, 2016. The referee is Jaco Peyper from South Africa.

The Wallabies won the shortened Rugby Championship last year, but the prize they really want – the Bledisloe Cup – continues to allude them. With the departures of so many All Blacks veterans and their current injury woes, is this the year the Wallabies can end the drought?

The side sees the returns of the overseas-based Matt Giteau, Adam Ashley-Cooper, Kane Douglas and Will Genia after they missed Australia’s series against England. Drew Mitchell has not been named in the 23-man squad. The Wallabies welcome back David Pocock after he missed the final two Tests against England with injury.

After an impressive showing against England, winger Dane Haylett-Petty keeps his spot on the wing, with Rob Horne starting from the bench.

In the forwards, Ben McCalman gets the start at blindside flanker with Scott Fardy on the bench.

Despite the departures of Richie McCaw, Tony Woodcock, Keven Mealamu, Dan Carter, Conrad Smith and Ma’a Nonu, coach Steve Hansen has named a 23-man squad with over 800 Test caps between them.

Beauden Barrett gets the nod ahead of Aaron Cruden at fly-half after a superb Super Rugby campaign. He will partner Highlanders halfback Aaron Smith.

With Nehe Milner-Skudder still out with injury, Ben Smith and Waisake Naholo will play on the wings, with Julian Savea named on the bench.

In the forwards Nathan Harris starts at hooker in the place of the injured Dane Coles. Openside flanker Sam Cane starts with Ardie Savea on the bench. Prop Kane Hames is poised to make his debut for the All Blacks after he was named on the bench as an injury replacement for Joe Moody.

Nathan Harris has suffered a potentially season-ending knee injury in training. Codie Taylor will start at hooker with Dane Coles named on the bench despite not being fully fit.

The Wallabies enter this clash on a four-game losing streak, having lost the 2015 Rugby World Cup final to the All Blacks followed by a 0-3 series defeat to England on home soil in the 2016 mid-year rugby internationals series. The Wallabies have suffered previous four-game losing streaks in recent history, but you have to go back to 2005 for the last time they lost five on the trot.

The All Blacks enter this Test on an eleven-game winning streak. They won the 2015 World Cup and their three-game June Test series against Wales. Their most recent defeat was at ANZ Stadium in the opening game of the 2015 Rugby Championship.

Since June 2013 the All Blacks boast a 40-1-2 record. One of those defeats was to South Africa at Ellis Park while the other draw and defeat were both to Australia at ANZ Stadium.

The last meeting between the Wallabies and All Blacks was at Twickenham in the World Cup final, which New Zealand won 34-17.

Below are the most recent results on Australian soil. Australian wins and draws are highlighted in bold.

Australia’s win at ANZ Stadium was their first defeat of New Zealand since 2011. Nic White was the hero of that match, coming off the bench to put in a sublime second half performance. Playing Michael Hooper and David Pocock alongside each other in the back-row also paid dividends for Australia.

Since ANZ Stadium was constructed in 1999, the Wallabies have a 6-1-7 record against the All Blacks at this venue. While the All Blacks have failed to win in their previous two visits, they did win four in a row prior to that.

After the Brumbies were knocked out of the Super Rugby quarter-finals the Wallabies have had plenty of time – perhaps too much time – to prepare for this clash. It has been over a month since many of the squad have played a competitive game, so while they will be well practiced they may lack match fitness against the All Blacks, for whom the bulk of their squad participated in the Super Rugby quarter-finals. One up side of having so much time to prepare, however, is it has given more time for former All Blacks skills coach Mick Byrne to work with the side. Given how strongly the All Blacks finish Tests, the Wallabies will hope they aren’t rusty in the first half.

If the Wallabies are to put the three-Test series defeat to England behind them, they must improve on their tactical game. With the returns of key overseas players, they should be stronger than they were in June. The Wallabies will be buoyed by the selection woes for the All Blacks in midfield. With forwards Dane Coles and Joe Moody out injured, the Wallabies will also fancy their chances at the scrum.

The All Blacks have highlighted their poor recent record in Sydney as a source of motivation leading up to this clash. They arrived on Sunday, which is earlier than in previous years in order to properly acclimate. If they have any weaknesses at the moment, the first place to look is their midfield. Conrad Smith and Ma’a Nonu have headed overseas, George Moala, Rene Ranger and Sonny Bill Williams are injured, plus Malakai Fekitoa has not been in great form.

One of the key strengths of the All Blacks is the quality they can inject from the bench, which is why they so often finish strongly. The Wallabies will need to have a lead at the 65-minute mark and then hold onto it.

Fly-half Beauden Barrett was sublime during his title-winning Super Rugby campaign. If he can replicate his strong form, especially his tactical kicking form, then the All Blacks will be tough to beat.

At the time of writing the best available head-to-head odds are:

The All Blacks have won four of their last seven at ANZ Stadium and drawn once, which implies four payouts plus one half payout. The equivalent fair odds to break even for those seven games is 1.555.

At ANZ Stadium the Wallabies have won two of their last seven and drawn once, which implies two payouts plus one half payout. The equivalent fair odds to break even for those seven games is 2.80.

Given 2 out of the last 5 Tests between the two on Australian soil have resulted in draws, the draw at 31.0 (Luxbet) is also worth considering.

Most bookmakers have installed the Wallabies as 6.5 point underdogs, although a few have set 6.0 lines.

No totals have been published at the time of writing. The median total score for Bledisloe Cup clashes at ANZ Stadium is 45.5 since 1999 and 46.0 since 2008. Since 2008, five out of the seven clashes went over 44.5 so consider the over if the mark is 44.5 or below. During the same period five out of the seven clashes went below 46.5, so consider the under if the published total is at or above 46.5.