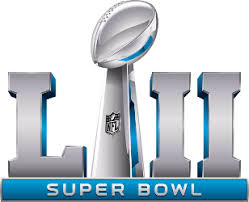 This article provides a preview with betting tips for Super Bowl LII, which sees the New England Patriots play the Philadelphia Eagles at U.S. Bank Stadium in Minneapolis, Minnesota. Super Bowl LII kicks off at 10:30 AM AEDT on Monday, February 5.

Every methodology rates Philadelphia are marginally the stronger of the two sides, but keep in mind it doesn’t account for the loss of regular starting QB Carson Wentz for the Eagles.

The following regular season figures are sourced from NFL.com. The team with the better stats is highlighted in green.

The Patriots have the edge on most offensive stats, but the two sides are almost inseparable in points scored per game.

The following tips and discussion are broken down by market type.

At the time of writing the best available head-to-head odds are:
New England at 1.55 (Betfair)
Philadelhpia at 2.74 (Pinnacle)

The Eagles have a 4-2 record as the underdog this season, while the Patriots have gone 16-3 as the bookmaker’s favourite.

More often than not the side that wins the Super Bowl is the side that boasts the best defence and in this case, the Eagles dominated the YPG stats but both sides are even in points conceded. On offence there’s little to separate in the stats but you have to factor in the new quarterback for the Eagles, because most of their regular season passing and scoring stats are attributable to Carson Wentz. For the Patriots, quarterback Tom Brady is a proven winner while head coach Bill Belichick has a huge amount of experience at this level. If I were to bet on the head-to-head market I would back New England. It’s hard to knock Brady’s and Belichick’s 5-2 record in Super Bowls. I’m also mindful that regular Eagles starting QB Carson Wentz had a QB rating of 101.9 in the regular season while Nick Foles had a rating of 79.5.

The Patriots started as 6-point favourites but at the time of writing the line is 4.5. The best available line odds are:
New England -4.5 at 1.98 (Pinnacle)
Philadelphia +4.5 at 1.95 (CrownBet, Sportsbet)

Both sides have been very good to punters who backed them at the line this season, with both the Patriots and Eagles going 12-6 against the handicap.

Of the Patriots’ five wins, three were by 3 points, one was by 4 points and the other was a six-point win in overtime.

Based on the history of close finishes, I would be inclined to back the Eagles +4.5 at the line. Because I’m leaning towards the Patriots to get the win, I also like the Patriots 1-10 margin selection at 2.80 (William Hill).

The total with most bookmakers is 48.5.

Head-to-head history is too difficult to read into because the sides have only played three times since 2007, and the Eagles have a different head coach and quaterback since thier last meeting.

Based on the above I don’t have any recommendation for the over/under market.

Given the Patriots’ come-from-behind wins in the last two Super Bowls and their come-from-behind victory over the Jaguars in the Conference Championships two weeks ago, I like the Philadelphia/New England selection in the HT/FT market at 7.00 (Unibet). For this reason I also like Philadelphia +3.5 in the first-half handicap market at 1.83 (CrownBet, Mad Bookie).

Given both sides are stronger on offence compared to defence, I’m inclined to look towards the quarterbacks:

Given the number of weapons available to both offences, trying to pick a first touchdown scorer is difficult.

Because both teams have better rush than pass defences, my guess is the first touchdown scorer will be via a pass rather than a run.

For the Patriots Rob Gronkowski at 8.50 (William Hill) and Brandin Cooks at 11.00 (William Hill) are obvious picks. A sneaky option is Danny Amendola at 15.00 (Ladbrokes). Amendola scored twice in the Conference Championship game. Also consider James White at 13.00 (Ladbrokes). White scored touchdowns as both a rusher and receiver against Tennessee in the Divisional Playoffs.

For the Eagles a likely candidate is Alshon Jeffery at 13.00 (William Hill). Jeffery scored 2 TDs in the Conference Championship game to go with his 9 during the regular season.

Of those picks Alshon Jeffery is arguably the best value pick due to the Patriots’ habit of starting big games slowly but ending quickly. For the same reason I would be more inclined to take a Patriots receiver in the last touchdown scorer market.

My favourite bets are:

Philadelphia/New England in the HT/FT market at 7.00 (Unibet)

Philadelphia +3.5 in the first-half handicap at 1.83 (CrownBet, Mad Bookie)