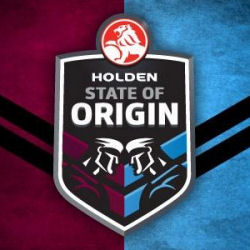 The following is a preview with betting tips for Game 1 of the 2019 State of Origin Series. Origin betting promotions are also listed for those who live outside NSW.

Each game will be televised on Channel Nine.

Home advantage has been historically important, with New South Wales holding a 16-1-9 record in Sydney while Queensland have gone 19-7 in Brisbane since 2000.

On neutral ground Queensland have won three since 2000, compared to two wins for NSW.

Queensland will feature a new-look backline given the departures of Billy Slater, Greg Inglis and Valentine Holmes. Daly Cherry-Evans has recovered from injury in time and has been named as the side’s captain. Moses Mbye, Joe Ofahengaue and David Fifita are poised to make their State of Origin debuts from the bench. The Maroons welcome back Matt Gillett after he missed the last Origin series due to injury.

The Blues have named five uncapped players in the squad: Cody Walker, Cameron Murray, Nick Cotric, Jack Wighton and Payne Haas. Tyson Frizell should be fit to play despite picking up a concussion in his last game before the team announcement. Luke Keary hasn’t been as lucky with his concussion, so Cody Walker gets the start at five-eighth. With Adam Reynolds and Mitchell Pearce out injured, Nathan Cleary has kept his place at halfback.

Since 2005 the disparity has grown even larger, with all 18 games in Sydney won by 12 points or less, compared to nine 1-12 results and ten 13+ results in Brisbane.

The Brisbane weather forecast for Wednesday is mostly sunny.

Game 1 odds and markets can be viewed here.

Queensland have been installed as the home underdog for just the second time since 2006, despite the fact that history is on their side, with the Maroons having won 10 of the last 12 games at Suncorp Stadium. The Blues have been impacted by recent injuries leading into this clash and while NSW did win last year’s series, Game 2 could have gone either way. The issue for Queensland, however, is they have lost even more experience this season and there is a perception that they are out-matched in most positions on the field.

Most bookmakers have set an over/under mark of 33.5. Only 7 of the last 24 Origin tests have gone over 33.5 points and Game 1 fixtures tend to have the lowest scores. The average Game 1 total over the last eight years is 24, with only 1 game going over 33.5.

Man of the Match

The Betfair Hub, ESPN, BetEasy and Ladbrokes have all picked Damien Cook to be the man of the match, and it’s hard to argue with that. He is currently available at 7.46 (after commission) with Betfair.

Compare Man of the Match odds

For those who enjoy high-odds wagering, Sportsbet offers exacta and quinella markets for the first and second try scorers in the State of Origin.

To view the markets, go to the Sportsbet State of Origin page, click on the upcoming fixture, then scroll down and expand the ‘Player Markets’ tab.

Historically the best players to include in Origin exacta and quinella wagers are QLD wingers (Corey Oates and Dane Gagai) and NSW centres (Latrell Mitchell & Josh Morris), however given the recent Origin form of James Tedesco and Josh Addo-Carr, I would consider combinations involving them as well.

Dane Gagai is a standout given he has scored nine tries in ten Origin games. He failed to score in Origin 3 last year but he was playing out of position at centre in that match.